Things for Adults to Do in Anaheim,California

Anaheim
69 Views 0
Things To Do

Things for Adults to Do in Anaheim, California

Anaheim is one of the tourist destinations in the world that attracts a large number of tourists every year. This Orange County city is famous for its Disneyland Resort, dubbed “the happiest place on Earth”. Referring to Anaheim, many people will immediately think of the attractive games inside Disneyland Park or relax in cheap rooms Anaheim with full amenities. But this beautiful city still has lots of fun activities for adults as well. Check out the top things for adults to do in Anaheim below. 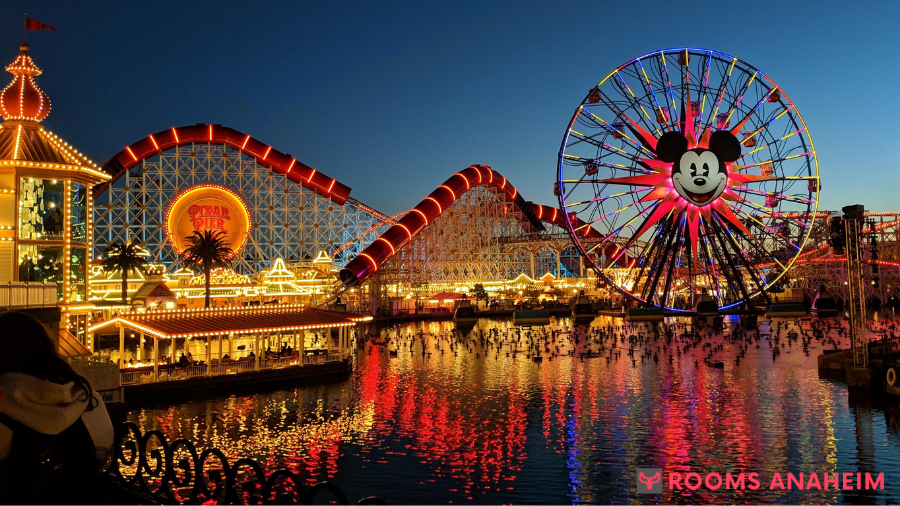 The first top thing that you can’t miss when you arrive in Anaheim is visiting and experiencing the exciting games at Disney California Adventure Park.

Disney California Adventure Park is part of the Disneyland Resort campus, built by the Walt Disney Company and officially opened in 2001.

With an area of ​​​​about 72 acres, Disney California Adventure Park is like a picture depicting the optimistic image of young Walt Disney characters in the 1920s, or newer characters in the big family of Disney.

It is divided into 8 lands with 8 main themes that you can freely explore:

Each Disney California Adventure Park-themed land is culturally and educationally packed, and is sure to be filled with fun! 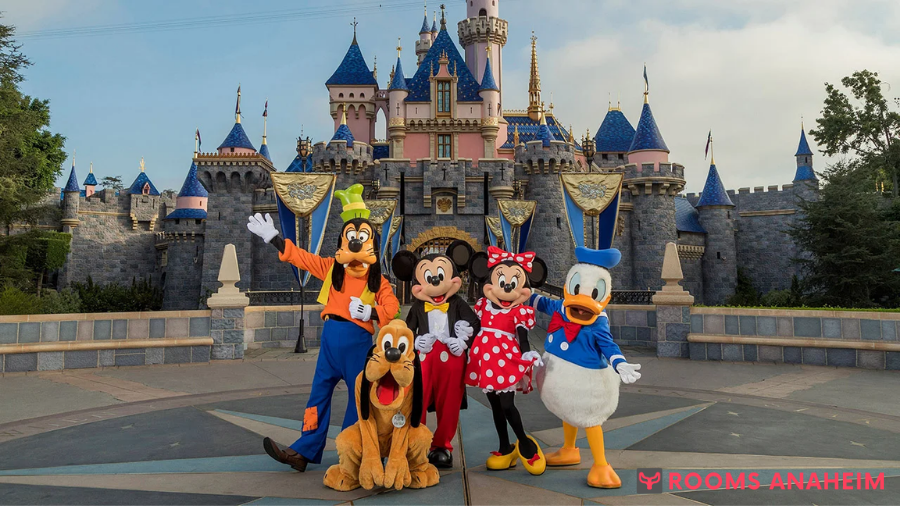 The combination of California Adventure Park and Disneyland Park creates “the happiest place in the world.” Each park will bring different and interesting experiences for your journey to discover Anaheim.

3. Buy tickets to an exciting baseball game at Angel Stadium 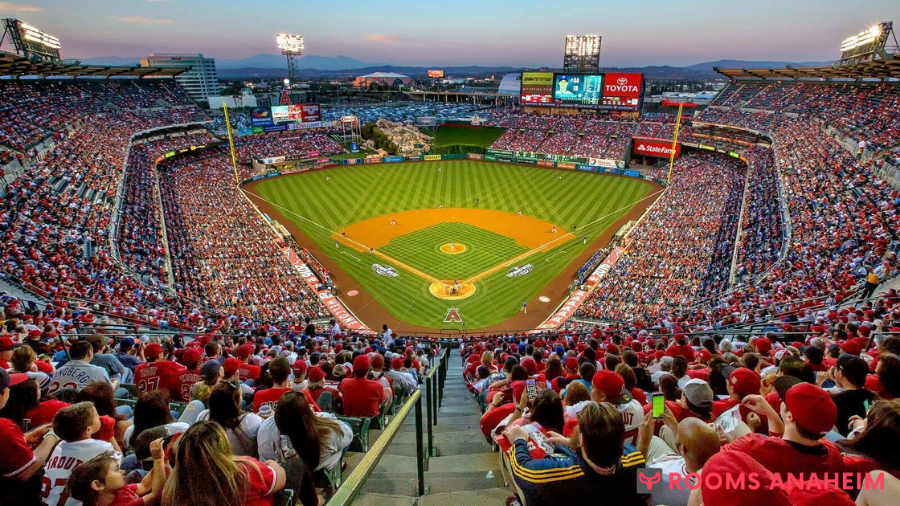 Angel Stadium was inaugurated in 1966. This is a modern baseball stadium located in Anaheim, home of the Los Angeles Angels.

If you’re looking for an atmosphere that cheers on fire washing or enjoys a great evening, this is the place to be. Watching a baseball game at Angel Stadium will leave you and your family with great experiences. Surely you will not forget the spirit of playing hard at this stadium. So, make time to attend one of the events at Angel Anaheim Stadium to enjoy the great moments here. 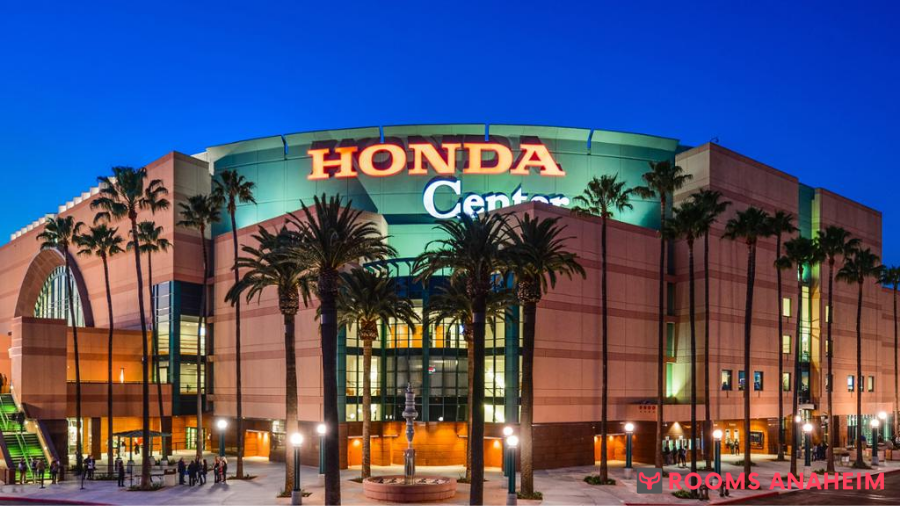 If Angel Stadium is the site of dramatic baseball and football games, the Honda Center is the arena for hockey matches and other sporting events like pro wrestling and basketball.

In addition, this is also the site of nationwide touring concerts, comedy shows, festival events, and other fascinating performances. Do not miss these great moments with family and friends at the Honda Center.

5. Experience the feeling of sitting in the cockpit at the Flightdeck Flight Simulation Center 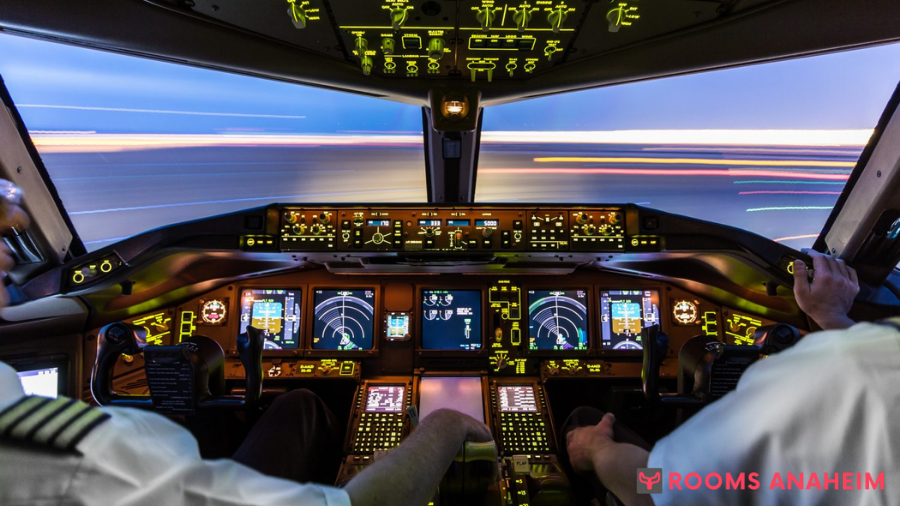 Want to be a pilot but never had the chance? Do you want to experience the feeling of sitting in the cockpit and test driving an aircraft? Flightdeck Flight Simulation Center is the place to help you get this experience.

Located on South Sinclair Street in Anaheim, the Flightdeck Flight Simulation Center offers some of the experience of flying a commercial airliner or a real military aircraft. These experiences will give you the opportunity to learn the controls and cockpits of the aircraft, then indulge in your passions before returning to relax in your cheap rooms Anaheim.

Note that the Flight Simulation Center is only open Wednesday through Sunday. You can also book birthday parties or other outstanding events here.

Above are the top 5 things for adults to do in Anaheim. Hopefully, the article can provide a lot of useful information, helping you to have great experiences on your travel journey to this beautiful city. For more information on where to find cheap rooms Anaheim, please visit our website often!

Activities for Adult in Anaheim, California